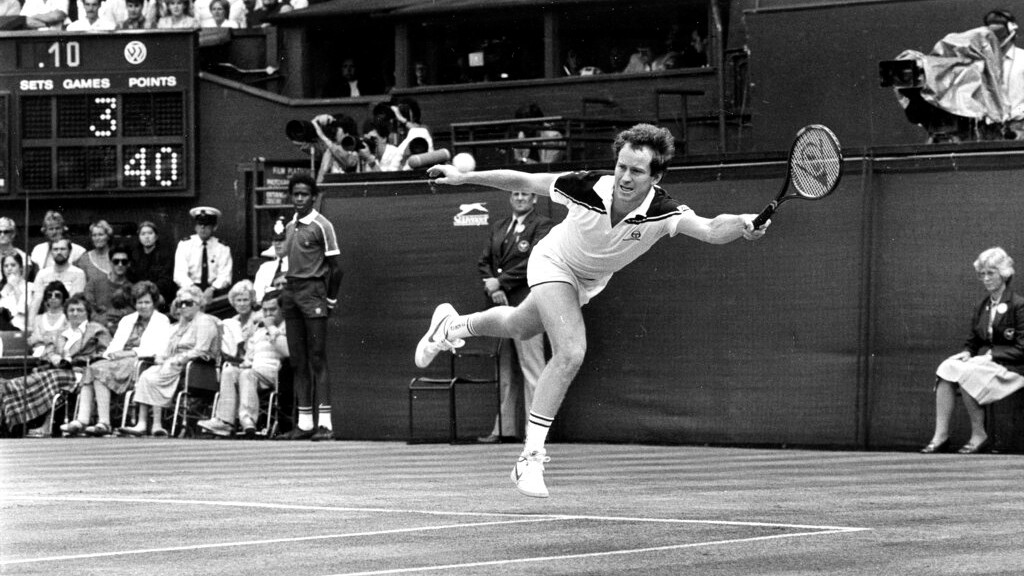 July 8, 1984: The British press and fans call him “SuperBrat” and “McNasty”, but in this case the only ill will on the part of John McEnroe is toward Wimbledon finals opponent Jimmy Connors (whose own legendary on-court antics paled in comparison to McEnroe’s over the years).In the most one-sided men’s final in 46 years, McEnroe dismantled Connors in just 80 minutes, 6-1, 6-1, 6-2. He had entered the fortnight on a 42-match winning streak and was at the peak of his career. It was McNasty’s third Wimbledon men’s title in four years.

That would be McEnroe’s final Wimbledon triumph—he’d win the U.S. Open for the fourth time that September, his final victory in a major. He never won the French Open or Australian Open. McEnroe was pretty consistent on the men’s tour overall. He remains the only male player ever to win more than 70 titles in both singles and doubles. McEnroe was also solid in Davis Cup play, helping the U.S. to five titles and later serving a team captain.

It was at Wimbledon that McEnroe first burst on the scene as an 18-year-old amateur qualifier in 1977. He made it all the way to the semifinals before falling to Connors in four sets. It remains the best performance by a men’s qualifier in any Grand Slam event. After leading Stanford to the 1978 NCAA championship, McEnroe would win his first Wimbledon in 1981, breaking Bjorn Borg’s five-year winning streak at the All-England club and establishing a hearty rivalry with the Swedish great.

The leadup to the 1981 Borg match was where McNasty’s reputation took off. It was in the earlier rounds that McEnroe had his infamous “You cannot be serious!” exchanges with several umpires. He called another umpire “the pits of the world.” One of his crown jewels came in the 1990 Australian Open, where McEnroe was ejected for swearing at the umpire, supervisor, and referee. Included in that adventure was the intimidation of a lineswoman and the smashing of a racket. He mellowed in later years and crafted a nice career as a network tennis commentator. 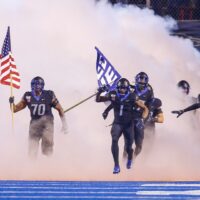 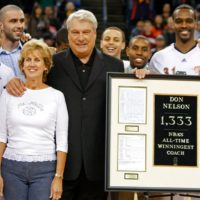