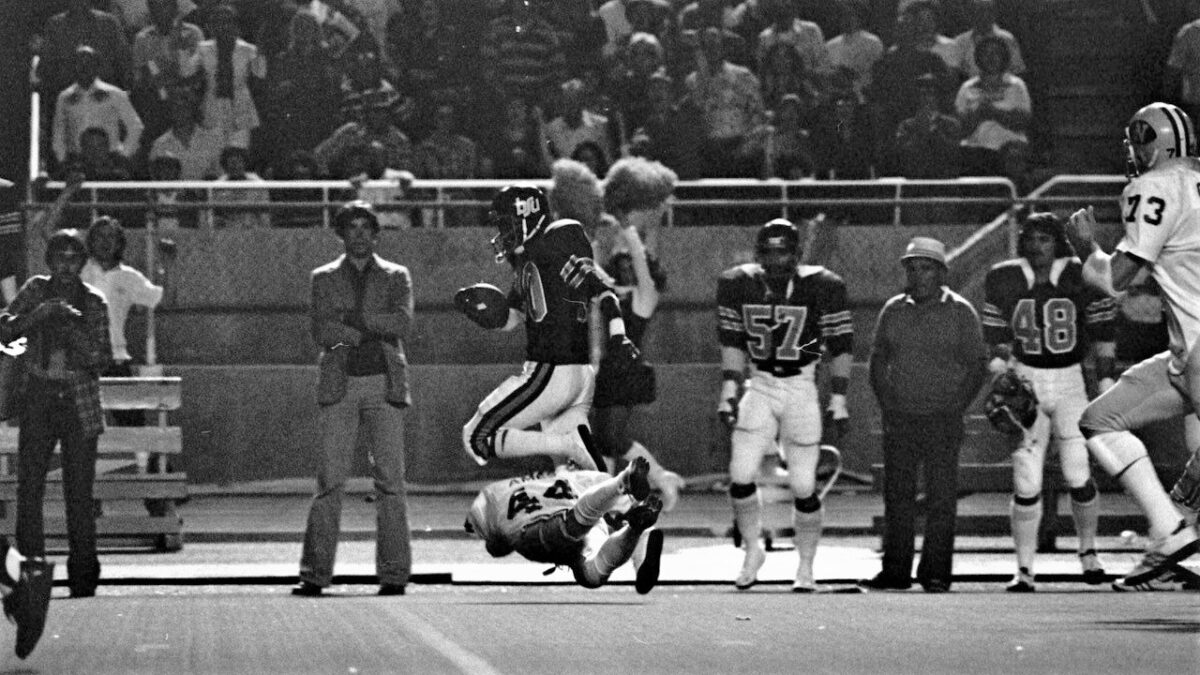 September 23, 1978: Cedric Minter sets Boise State’s single-game rushing record with a 261-yard performance in a 31-21 win over Northern Michigan at Bronco Stadium, including a then-record 77-yard touchdown run.Through all the great running backs who have come through the Broncos program in the 44 years since, Minter’s mark of 261 yards stands to this day, and he remains Boise State’s career rushing leader with 4,475 yards. Ian Johnson is second behind Minter with 4,183 career yards. Third is Brock Forsey at 4,045.

I was Sports Director at KIVI at the time, and before the season I asked Minter what his goals were for the season. “I’d like to get 1,000 yards,” he replied. “And I’d like to do it by the sixth game.” Well, that raised eyebrows. Boise State, in its 11th year as a four-year program, had never produced a 1,000-yard rusher. Minter was the first, and he got it in Game 7. His 1,526 yards in 1978 are still fifth in school history, and he racked that up in just 11 games.

Minter’s record for longest run from scrimmage stood for 16 years, until K.C. Adams broke it with an 80-yard touchdown run at Northern Arizona in 1994. The record is now 88 yards, shared by John Hightower and Jeremy McNichols. Hightower’s dash came on a reverse at Nevada in 2018, while McNichols got his at San Jose State in 2015.

Minter was a star at Borah High but suffered a season-ending injury in the first game of his senior year in 1976. That probably cost him a Pac-10 scholarship, but Boise State happily gave him a hometown landing spot. Minter graduated in 1980 and went on to the Canadian Football League, where he played for the Toronto Argonauts. He was MVP of the 1983 Grey Cup championship game, and he parlayed that into a foray into the NFL. Minter logged two seasons with the New York Jets before returning to the CFL for the final two seasons of his career in 1986-87.

Sidebar on that Northern Michigan game: it was the Wildcats’ second visit to Boise. Three years earlier they had come in to open the Division II playoffs and beat the Broncos, 24-21. That game ended with NMU sophomore quarterback Steve Mariucci, the future NFL coach, leading a victory lap down the middle of the field. Boise State coach Tony Knap was infuriated and noted that Northern Michigan was on the Broncos’ schedule in 1978. Knap had departed to UNLV by then, but he probably enjoyed following that game from afar. 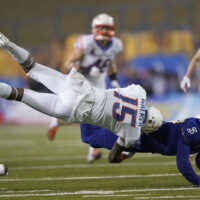