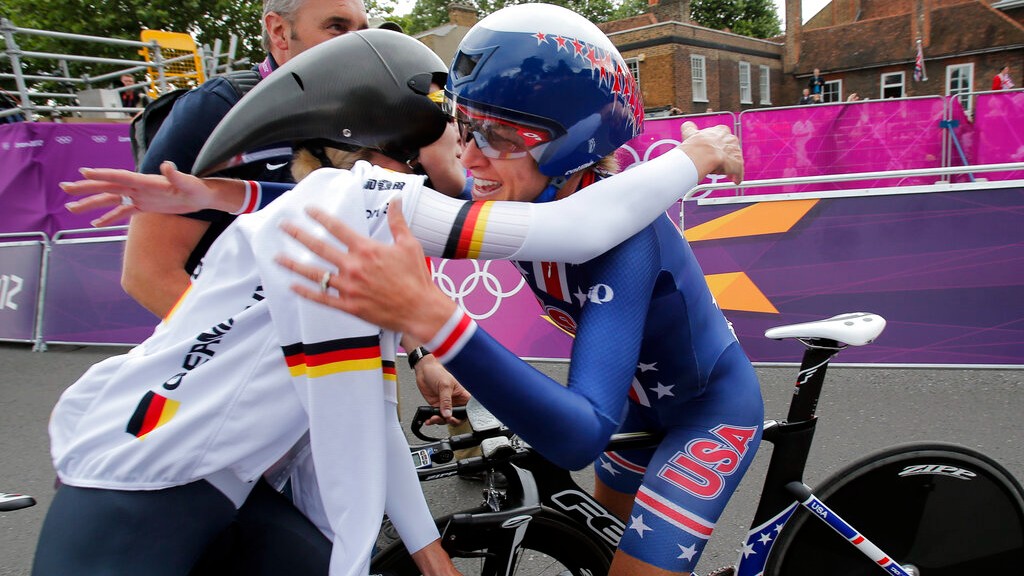 August 1, 2012, 10 years ago today: Boise’s Kristin Armstrong wins her second consecutive Olympic gold medal in the women’s time trial with a dominant performance in London. The resilient Armstrong, who just 10 weeks earlier had broken her clavicle at the Exergy Tour in Boise, won by more than 15 seconds. At the age of 38, Armstrong became the oldest road cyclist ever to capture a gold medal. She had retired after winning the 2009 world time trial championship to have son Lucas, but she mounted a comeback in 2011—then retired again after London.

Kristin stayed retired for almost three years before returning to the sport in April of 2015. The net result of that comeback was a third gold medal in the 2016 Summer Olympics in Rio, one-upping herself as the oldest road cycling gold medalist. Armstong also became the first cyclist ever to win three golds in the same event. It was then that she retired for good, with six U.S. national championships and two world championship trophies in the case along with her gold medals.

Armstrong, originally an accomplished swimmer, was a walk-on distance runner as a freshman at Idaho. She eventually became a triathlete. But when Kristin was diagnosed with osteoarthritis in both hips, she switched to cycling in 2001 and competed in the final HP Women’s challenge in Idaho in 2002. By 2004, she was an Olympian, competing in the road race at the Athens Summer Games and finishing eighth, tops among American riders. She was a time trial competitor in 2008 and captured her first gold medal at the Beijing Olympics, winning by 25 seconds.

After returning from Rio in 2016, the city of Boise rededicated 98-year-old Municipal Park as Kristin Armstrong Municipal Park. The facility thus became part of Boise’s “Ribbon of Jewels,” the parks named after prominent female civic leaders. (The major parks in the ribbon, in addition to Kristin Armstrong, are Julia Davis, Ann Morrison, Kathryn Albertson, Esther Simplot and Marianne Williams.) Kristin turns 49 years old next week, and the entire state of Idaho wishes her a happy birthday.