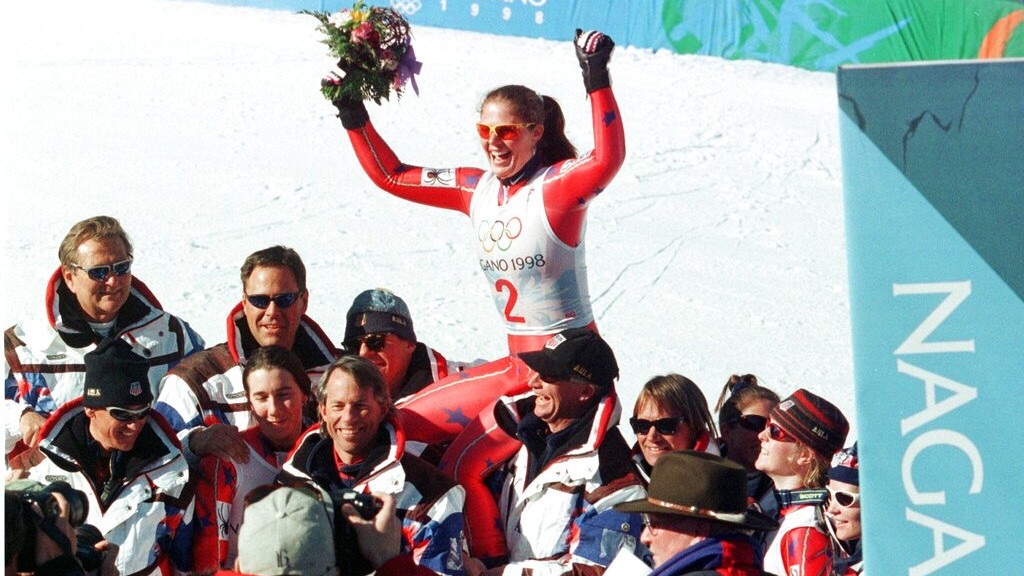 March 11, 1995: Sun Valley product Picabo Street wins her fourth straight World Cup downhill and fifth overall to become the first American woman to clinch a World Cup downhill season championship. Street had won a silver medal at the 1994 Winter Olympics at Lillehammer but had never so much as won a World Cup race until that season. She would repeat the season title the following year, capping it with a victory at the World Cup Championships.

The pinnacle of Picabo’s career would be her gold medal in the super G at the 1998 Winter Games at Nagano. The achievement was more remarkable in light of a serious knee injury that sidelined her two races into the previous season. After the Olympics gold, Street suffered an even more serious injury when she skidded off course in the final World Cup downhill of the spring, putting her out of action for the next two years. Picabo returned almost three years later, and she retired after finishing 16th in the downhill at the 2002 Salt Lake Games. She was inducted into the National Ski Hall of Fame in 2004.

Bronco Nation’s favorite memory of Street might be from September of 2010, when she was the celebrity guest picker for ESPN College GameDay’s first and only visit to the blue turf. Among Picabo’s picks that morning were Alabama over Arkansas and Boise State over Oregon State. (She had just moved to Alabama after marrying John Reeser, a businessman from the state.) For the record, Street was right on both counts. “I may be drinking a bit of the crimson Kool-Aid down there (in Alabama),” she said on GameDay, “but I still bleed blue.”

The need for people to populate the arena