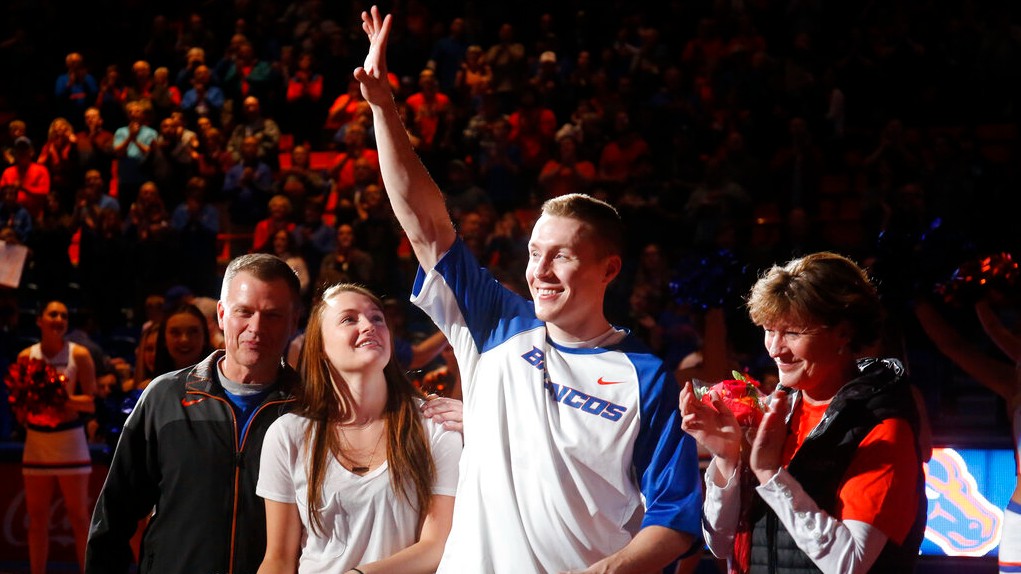 March 4, 2017, five years ago today: Boise State hits the most three-pointers in a game in school history and ties the Mountain West record by raining 20 of them upon Air Force in a 98-70 win in Colorado Springs. The 98 points were the most the Broncos had ever scored in a Mountain West game to that point—and the most allowed by Air Force in 28 years. The 28-point margin of victory was also the largest for Boise State in a conference road game in 13 years. The game was an anomaly, as the normally deliberate and disciplined Falcons let the Broncos take them to the woodshed. Clune Arena is usually tough on Boise State. (This year’s 85-59 victory was an anomaly, too.)

There’s the old saying, “You live by the three-pointer and you die by it.” The Broncos lived by it that night. Senior James Reid nailed eight of the treys at Air Force and scored 26 points, while fellow senior Nick Duncan added five three-pointers and 23 points. Two Boise State stars who you’d except to be hot from beyond the arc in a game like that were more pedestrian, as Justinian Jessup was 3-for-4 from beyond the arc and Chandler Hutchison connected on his only attempt.

It was a career-high for Reid toward the end of his well-traveled college career. The Bend, OR, native played two seasons at College of Southern Idaho and one at Arkansas-Little Rock before transferring to Boise State for his senior campaign. Reid was a graduate assistant on Leon Rice’s staff at Boise State the past two years. He’s now an assistant coach for the Sky Sport Breakers in New Zealand, a franchise in Australia’s National Basketball League.