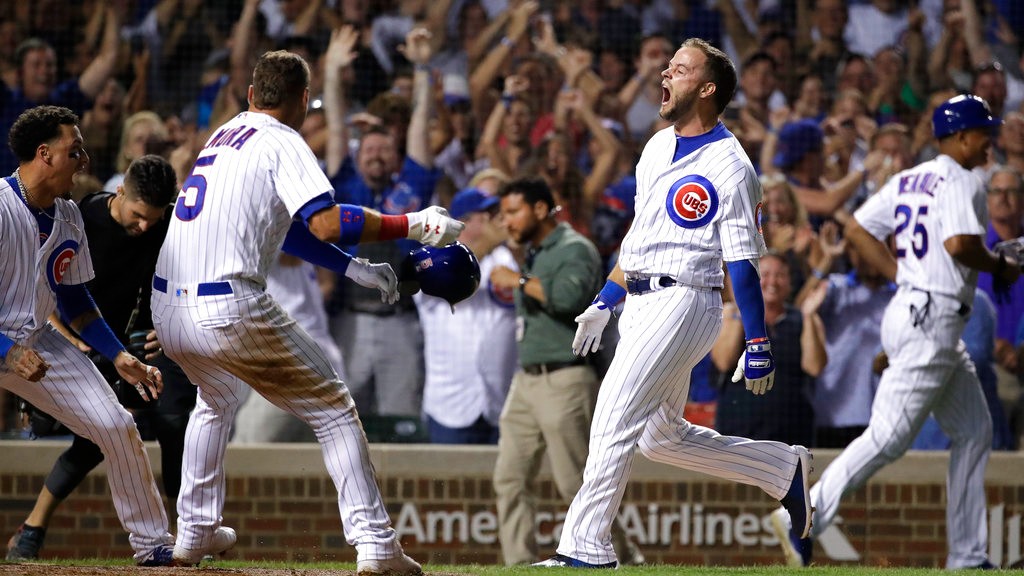 August 12, 2018: One of the most thrilling major league moments involving a former Boise Hawk, as David Bote belts a pinch-hit walk-off grand slam with two outs in the bottom of the ninth, giving the Chicago Cubs a stunning 4-3 win over the Washington Nationals.The Cubs had been trailing 3-0, but next thing you know, Bote is dancing around the bases as fans are bringing the house down. Teammates tore off his jersey when he crossed home plate. Bote was a rookie and had been filling in at third base for injured ex-Hawk Kris Bryant.

Bote has been a Cub ever since—his best season was in 2019 when he batted .257 with 11 home runs and 41 runs batted in. This year, the Cubs are flush with infielders and have been moving toward younger players as they rebuild, so a week ago the team optioned Bote to Triple-A Iowa to open a roster spot for left-hander Sean Newcomb. Bote played for Boise in 2013, hitting .250 with six homers and 31 RBI.

When we talk about the most successful former Boise Hawks in the majors, we start with a couple of L.A. Angels, closer Troy Percival and outfielder Garret Anderson. Percival is the Angels’ career saves leader with 316, and Anderson is the franchise leader in hits with 2,368 and RBI with 1,292. It was in Boise that Percival was converted from a catcher to a closer in 1991. In 2003, Anderson won the All-Star Home Run Derby and followed that with MVP honors in the All-Star Game the following night.

Other ex-Hawks who have shelf life in the history books are the ones who have captured end-of-season awards. Pitcher Dontrelle Willis, who was the Hawks’ Opening Night starter when the team’s Cubs affiliation began, was National League Rookie of the Year in 2003 with the Florida Marlins. The D-Train is now a studio analyst for Fox Sports. Bryant won NL Rookie of the Year honors with the Cubs in 2015 and was NL Most Valuable Player in 2016, and Toronto’s Josh Donaldson was AL MVP in 2015. Bryant (Rockies) and Donaldson (Yankees) are still active.