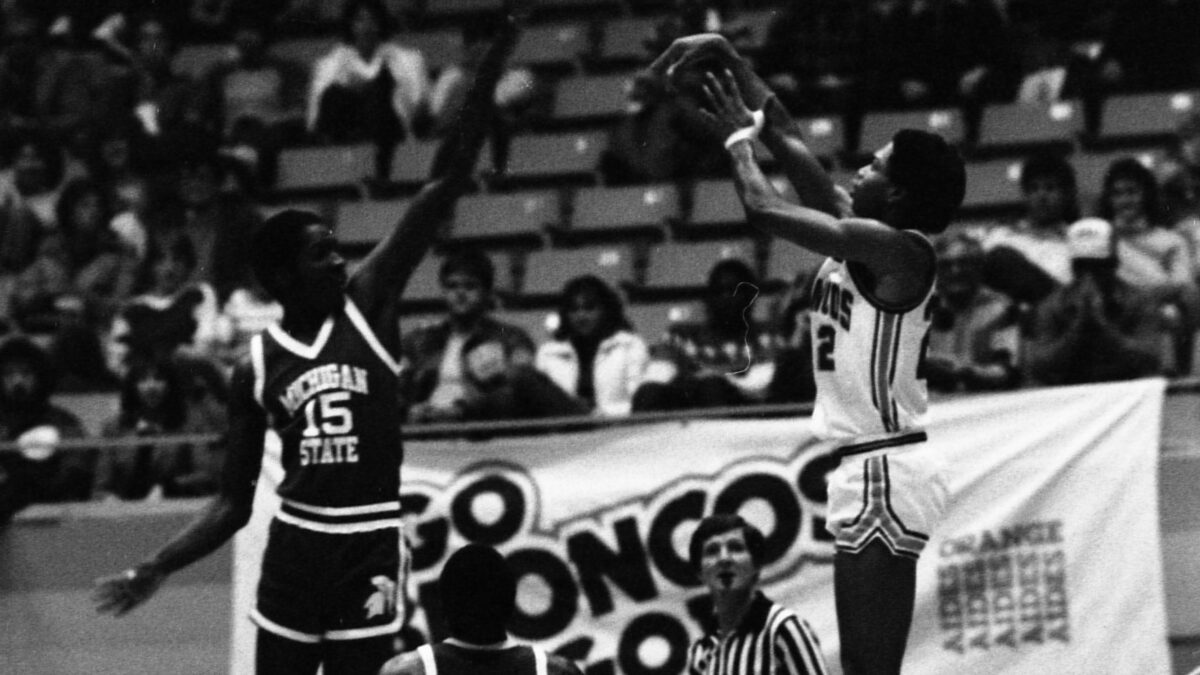 November 29, 1982, 40 years ago today: The first Boise State basketball game ever played in the BSU Pavilion (now ExtraMile Arena), as Michigan State tops the Broncos, 71-59. MSU was just 3½ years removed from their national championship with Magic Johnson and was still coached by Jud Heathcote, the one-time Montana coach who was familiar with Boise State through old Big Sky battles. The Spartans were led that night by freshman point guard Scott Skiles, a future NBA coach with the Phoenix Suns, Chicago Bulls and Milwaukee Bucks.

The Pavilion replaced old Bronco Gym (capacity 3,600) as the home for Boise State men’s and women’s basketball, as well as concerts and other special events. It was instantly one of the best college basketball arenas in the West, but it took a while for the seats to fill. There were 5,100 fans at the opener, and the average attendance during that first season was 3,394. Part of it was the Broncos’ record—they were 10-17 in their final season under coach Dave Leach.

But there were no seats to be had the following March when the NCAA Tournament came to the Pavilion for the first of nine visits to Boise. Now we wonder if the Big Dance will ever be back. The fact that Boise State got the first and second rounds in 2018 (and 2021 before COVID changed the tournament’s plans) despite a plethora of shiny new facilities in the West speaks to the support the Treasure Valley gave the event over the years. It would surely happen again.