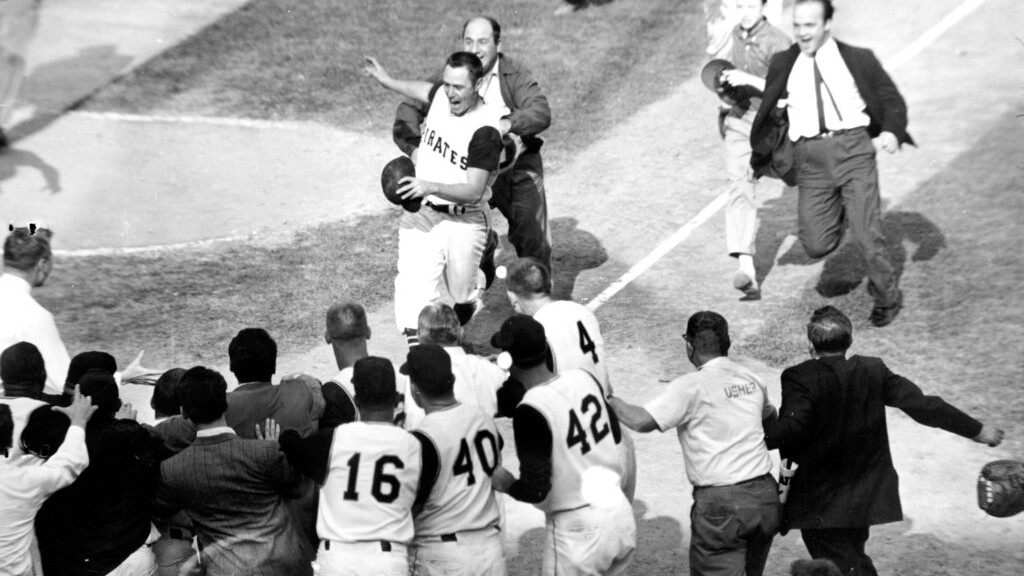 October 13, 1960: One of the all-time great World Series moments—Bill Mazeroski of the Pittsburgh Pirates hits a home run in the bottom of the ninth inning in Game 7 to beat the New York Yankees, 10-9, for the world championship.The image of Mazeroski jumping up and down as he rounded third and then leaping into a sea of Pirates has lasted through the ages. ESPN ranked Mazeroski’s shot at the top of its list of the 100 Greatest Home Runs of All Time, while Sports Illustrated ranked it eighth among the 100 Greatest Moments in Sports History.

It’s still the only time a World Series Game 7 has ended on a home run. One other Series finished with a walk-off homer. That one came in Game 6 in 1993, when Toronto’s Joe Carter took Philadelphia’s Mitch Williams deep in the Skydome to give the Blue Jays their second straight world championship.

There have only been 15 walk-off homers overall in World Series history. Arguably the most famous aside from Mazeroski’s was the one the L.A. Dodgers’ Kirk Gibson hit in the 1988 Series against the Oakland A’s. With one of the greatest closers of all-time, Dennis Eckersley, on the mound, the A’s were expecting to finish a 4-3 victory. With two outs in the bottom of the ninth and a man on base, the Dodgers summoned Gibson, who was sitting on the bench with injuries to both legs. The count went to 3-and-2 before Gibson launched his legendary homer over the rightfield wall for a 5-4 victory. That would be his only at-bat in a Series the Dodgers would go on to win four games-to-one.

The most recent Fall Classic walk-off came in the 2011 World Series. In what is called the best non-clinching Game 6 in history, the Texas Rangers twice reached the final strike for their first world championship. And each time—once in the bottom of the ninth inning and once in the bottom of the 10th—the St. Louis Cardinals rallied from a two-run deficit to tie. David Freese, who had saved the Cardinals with his two-out, two-strike, two-run triple in the ninth, won the game 10-9 with a solo home run to lead off the bottom of the 11th. That forced Game 7 the next night, with the Cardinals cruising to a 6-2 victory and the Series title. 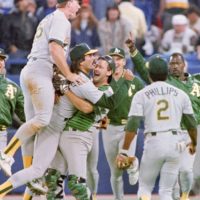 This Day In Sports: The hair, the ‘stache, and the saves