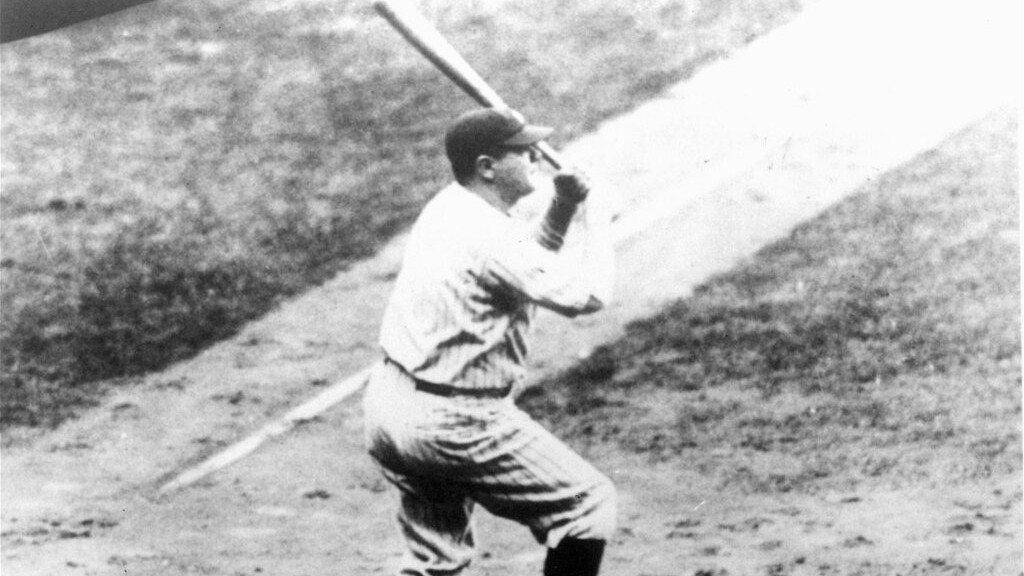 September 30, 1927, 95 years ago today: Babe Ruth of the New York Yankees hits his 60th and final home run of the season off Washington’s Tom Zachary. It was the culmination of a stretch in the Roaring 20s that saw Ruth change the face of baseball, adding the long ball to the national pastime.Homer No. 60 broke his own record of 59, set in 1921. The Babe’s record would stand until 1961, when Roger Maris hit 61 for the Yanks. Current Yankee Aaron Judge has seven games left to top him after tying Maris with his 61st homer on Wednesday night in Toronto.

Ruth, of course, was a pitcher for the Boston Red Sox at the beginning of his career, leading them to a win in the 1918 World Series. He had transitioned to the outfield by 1919 and pitched in only 17 of the 130 games he played. Ruth ended up hitting a big league record 29 home runs that year. And then the day after Christmas, Red Sox owner Harry Frazee sold Ruth to the Yankees, and the world changed for both teams. For Boston, it was the “Curse of the Bambino” that would stick around for 86 years. For New York, it was the launch of the run to become the most successful franchise in baseball.

With the Babe’s popularity soaring after hitting 148 homers in his first three seasons in New York, Yankee Stadium was constructed in time for the 1923 season and was immediately nicknamed the “House That Ruth Built.” Ruth hit the first-ever home run in the stadium. The 1927 Yankees team was known as “Murderer’s Row”—the legendary Lou Gehrig finished second behind Ruth with 47 homers. Ruth finished his career in 1935 with the Boston Braves, hitting the final three of his 714 career home runs in the same game, one week before his retirement.

Maris’ single-season record was broken by Mark McGwire of the St. Louis Cardinals, who hit 70 homers in 1998, and again by Barry Bonds of the San Francisco Giants, who clubbed 73 in 2001. But those numbers are tainted by the Steroids Era. According to The Athletic, Roger Maris Jr. said Judge “should be revered for being the actual single-season home run champ” if he goes on to hit a 62nd home run in the next week. “That’s really who he is if he hits 62,” said Maris Jr. “I think that’s what needs to happen. I think baseball needs to look at the records and I think baseball should do something.”

A very cool scene on the green