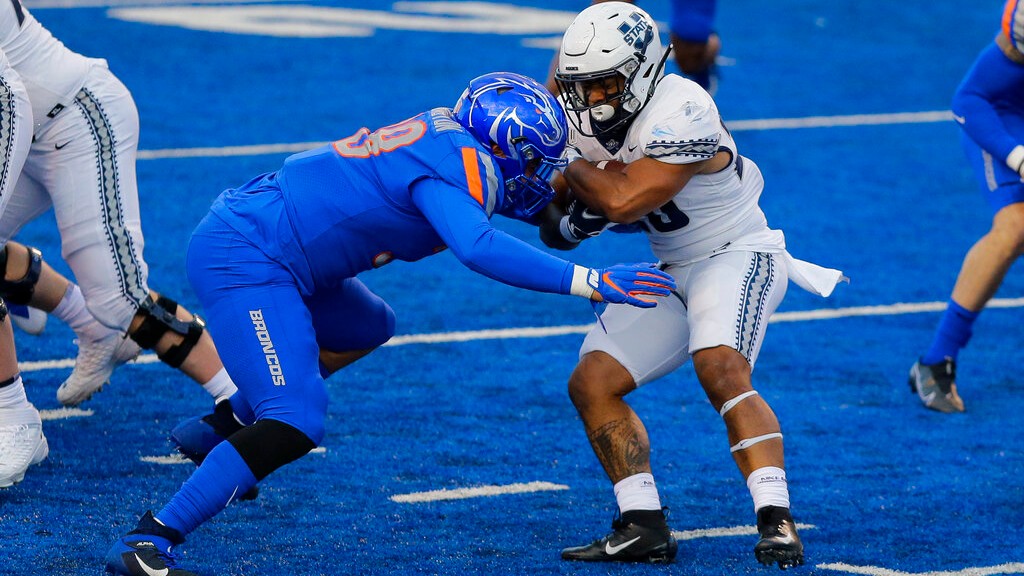 You could say that this is already Boise State’s best football TV schedule in school history. That’s based on the fact that 2021 will mark the first time the Broncos have ever landed two regular season games on a major network (CBS). There was a little gravy yesterday when the opener at UCF was officially moved to Thursday, September 2, on ESPN. On Thursday, three of Boise State home games, UTEP, Oklahoma State and Wyoming, were slated for FS1, which is a couple rungs lower than ESPN2 on the TV ladder. There are three games that could still end up on the main Fox at best—or FS2 at worst. FS2 is out there beyond ESPNU in the universe. But the fact remains: the Utah State and San Diego State road games on CBS are worth it all, and an extra date on “big Fox” would be huge.

Now for dates and times. The home opener against UTEP was moved to Friday, September 10, at 7:30 p.m., as was the Wyoming game on Friday, November 12, at 7 p.m., both on FS1. The Oklahoma State game, which many thought could be on the main Fox network, will be on FS1 instead. But it stayed on Saturday and will be telecast in prime time. Boise State has three home games kicking off at either 7 or 7:30 this season, with the other three to be determined. If you’re looking for a candidate for “big Fox” among those TBD games, that would be Nevada on the blue turf on October 2. We’re also waiting to find out which of ESPN’s networks will telecast the Broncos’ game at BYU.

Let’s revisit that attendance discussion from the other day. Against which team did Boise State set the Albertsons Stadium record for attendance at 36,902? It wasn’t BYU, nor San Diego State, nor Washington the night Coach Pete returned. It was versus Hawaii in 2019. It just goes to show that it isn’t always about the opponent. A win streak and a ranking help—the Broncos were 5-0 and were No. 14 in the AP Poll. But the sellout against the Rainbow Warriors was unexpected, a perfect storm between winning, weather and homecoming. That’s a game athletic director Jeramiah Dickey can draw inspiration from as he tries to fill up Albertsons Stadium six times this fall.

HOLIDAY POTATOES ON THE BLUE

The Famous Idaho Potato Bowl has found a weekday home again on ESPN. The 25th edition of the game will be Tuesday, December 21, at 1:30 p.m. at Albertsons Stadium. The available TV audience is smaller, but hopefully fans can find a way to take an afternoon off. As is the case with so many bowl games these days, attendance has been a challenge. Last year’s game had nobody due to COVID, but it was an entertaining one. Nevada and quarterback Carson Strong in effect set their blue turf table for this October, beating Tulane 38-27. Strong threw three touchdown passes in the first 18 minutes of the game and tied a bowl record with five TD throws total.

Troy Merritt rode his May momentum to a sturdy first round Thursday at the Charles Schwab Challenge. Merritt, with two top 10 finishes on the PGA Tour this month, was one-over at the turn but birdied four straight holes after that to move into the top 10. A bogey toward the end set him back, but the former Boise State star is still tied for 13th following a two-under 68 on the Colonial Country Club layout in Fort Worth.

Jay Baggs’ first professional start didn’t go so well Thursday night. The former Boise State pitcher allowed eight runs (five earned) in 1 1/3 innings as Grand Junction ran over the Boise Hawks 19-6 at Memorial Stadium. Another ex-Bronco was the Hawks’ lone highlight on the mound—Matt Gabbert threw 4 2/3 scoreless innings and has not allowed a run in 7 2/3 innings in the young season. The series against the Rockies rolls right through Memorial Day weekend.

The Northwest Nazarene baseball team, on the cusp of their first-ever NCAA Division II Tournament victory, were stunned by two Western Oregon runs in the top of the ninth Thursday and lost 2-1. However, the Nighthawks bounced back to take their ensuing elimination game, 3-2 over top-seeded Azusa Pacific. NNU now faces another elimination game this afternoon in a rematch with WOU. The College of Idaho softball team opened the NAIA World Series Thursday with a 4-2 win over Ottawa University of Kansas. Ottawa came in with a 20-game winning streak. With the win, the Yotes advance to play the winner of today’s game between Southern Oregon and Bethany of Kansas.

May 28, 1957: Many will never forgive them, but Dodgers owner Walter O’Malley and Giants owner Horace Stoneham receive unanimous approval from the National League to move from New York City to the West Coast. Both had long complained of dwindling attendance, outdated ballparks and lack of parking space. The following April, the Los Angeles Dodgers and San Francisco Giants became major league baseball’s first franchises to play in California. 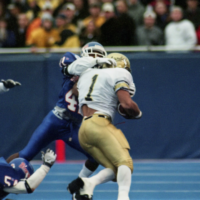 This Day In Sports: The last time the Vandals beat the Broncos