B.J. Rains of the Idaho Press finished his countdown of the Top 25 Boise State players to watch in 2020 on Sunday. Quarterback Hank Bachmeier was No. 1—but, of course. Bachmeier’s list of things to improve on is well-chronicled after an injury-interrupted true freshman year that saw him hold onto the ball too long and get hit and sacked like there’s no tomorrow (not all his fault). Bachmeier said during his first media session last fall that one of his favorite college football players growing up was former Bronco Jared Zabransky. It kind of shows in his style. But can Bachmeier be as durable as Z? He hasn’t been yet. On the other hand, Zabransky wasn’t thrown into the fire like Bachmeier was last year. Zabransky redshirted in 2002 and had a year of seasoning behind Ryan Dinwiddie after that.

Zabransky played behind some stellar offensive lines, including the one in 2006 that is considered the best in Boise State history. Bachmeier is faced this season with figuring things out behind a rebuilt Broncos front, with only tackle John Ojukwu returning as a starter. But coach Bryan Harsin felt that Bachmeier was checking all the boxes in March before spring football was scrapped. “In the three practices, with Hank, you could just see it in his mechanics, you could just see it with his demeanor and command that he’s more comfortable,” Harsin told Bob Behler after the shutdown.

There’s a reason that plans for college football are not etched in stone. They’re etched in mud right now after the gut-punch news Boise State delivered on Friday: the campus closure is extended through this Sunday after the university revealed those additional 20 positive COVID cases throughout campus (not just athletics). So you look at the Boise State football schedule. You see dates, but you see no kickoff times or TV information. There is no sense in announcing those details until, like, 10 days before each game. That’s how precarious this season is right now—especially the September portion. With that said, there are no indications yet that Georgia Southern or Florida State intend to back out of their games on the blue turf, nor is there any hint that the Broncos are looking to reneg on their trip to Marshall.

The three California schools in the Mountain West, San Diego State, Fresno State and San Jose State, were expecting to get an update from the California State University system on the status of their football seasons at the end of last week. Nothing yet. According to the Fresno Bee, Fresno State president Dr. Joseph Castro says a decision on football and fall sports is pending further guidance from the Governor’s Office, California Department of Public Health, the Mountain West and the California State University Chancellor’s Office. Now, says Castro, a decision on practices and competitions is expected “later this summer.” But there is no timetable on that call. The only California team Boise State plays this year is San Jose State, but the fate of all three programs will affect what the Mountain West decides to do.

While Boise State waits for the coast to clear on a possible campus reopening this Sunday, the University of Idaho has announced that its student-athletes are returning to campus. All who wish to enter the Kibbie Dome will get a temperature check and disclose any possible COVID-19 symptoms to the athletic training staff. KTIK’s John Patrick reports that a coronavirus test will also be required, and that the school is not announcing if anyone tests positive. A small group of football players had already returned, primarily to work with trainers and the strength and conditioning staff. Activities in and around the Dome will center around smaller groups or with individuals.

THE PUSH FOR THE PLATYPUS

With the “Civil War” moniker for the Oregon-Oregon State rivalry put to rest Friday, longtime Oregonian columnist John Canzano has come up with a new name: “The Platypus Bowl. Or Platypus Battle. For the annual football game, of course. Maybe the Platypus Series or Platypus Cup for the entire sports rivalry. Work out the details. Millennials might call it ‘The Platty.’ But that’s the framework for the next 100 or so years of this rivalry.” Canzano points out that the platypus is half-duck, half-beaver. “We need some unity right now,” writes Canzano. “The platypus gives us that.”

PLAN A & PLAN B FOR THE ECHL

The Idaho Steelheads are surely reviewing every scenario for the upcoming season, and it appears there is hope it will happen. Michael Franke, president of the Fort Wayne Komets, penned a letter to his team’s fans Monday on the Komets’ website. “First and foremost, the ECHL and its member teams are confident that there will be a 2020-21 season,” writes Franke. “A start date to the season is the biggest question mark. We of course are hoping for October 16th. Time will tell on whether that can happen or not. The ECHL has a game plan if the start of the season would have to be delayed. The goal will be to play a full 72 game schedule. All ECHL teams have been asked to submit playing dates for the remaining days in April, all of May and the month of June 2021 to complete the ECHL Kelly Cup Playoffs.”

June 30, 1995, 25 years ago today: Eddie Murray of the Cleveland Indians becomes only the second switch-hitter in baseball history to reach 3,000 hits when he singles in the sixth inning of a 4-1 win over the Minnesota Twins. Murray joined Pete Rose, who to this day is the career hits leader with 4,256. Murray, who spent most of his career as a Baltimore Oriole, was elected to the Hall of Fame in 2003, an honor that will forever elude Rose. 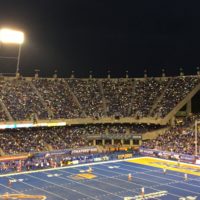 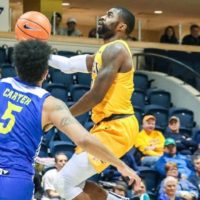 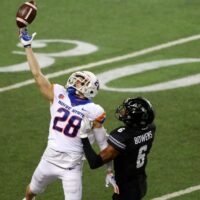 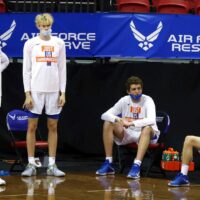 Draftable Broncos in 2019? You never know…