Other instructors include Thomas Sperbeck, Tanner Vallejo, Marcus Henry, Kamalei Correa, Donte Deayon, Darian Thompson, Dylan Sumner-Gardner and Tommy Stuart. Not bad. This is an important stretch of the calendar for Boise State recruiting, as the Broncos host their Elite Individual Camp today and tomorrow and the High School Team Camp Sunday through Wednesday on the blue turf. There were 26 players working the youth camp that just wrapped up, and 30 are expected to be involved the next six days.

Speaking of Twitter, the Idaho Press-Tribune’s B.J. Rains messaged this: “Former Boise State WR Matt Miller, who was cut by Denver, tells me he’s had another surgery on his left ankle. Tough news.” Indeed. It was shocking that the Broncos’ all-time leading receiver didn’t even make it all the way through his tryout with Denver before being released last month. Maybe not so shocking now, though. Miller still may not have been fully recovered from the ankle injury that sidelined him for the season at Air Force last September.

Troy Merritt returns to the site of his best career finish today as the FedEx St. Jude Classic tees off in Memphis. The Boise State product notched a second-place result last year, a defining moment for him as he pocketed $626,000, 6½ times the total he had earned the entire previous season on the PGA Tour (he had made only $49,000 in the 2014 season to that point). Merritt went nine-under for tournament and finished one shot behind Ben Crane. This week he’s looking to make the cut in two straight tournaments for the first time since late March.

Kevin Prise at PGATour.com lists the top 10 players in the Web.com Tour’s Rust-Oleum Championship starting today at Westlake, OH, in the shadow of Game 4 of the NBA Finals. No. 2 is Nampa’s Tyler Aldridge. Prise’s synopsis: “The proud Idahoan should take a lot from last week’s Greater Dallas Open, where he converted the 54-hole lead into a career-changing victory.” It was Aldridge’s first Web.com win. He has now finished tied for sixth, tied for 14th and first in his last three starts. Over that period, Aldridge has 12 consecutive rounds below par, his scoring average for the last 12 rounds is 67.00, and he is a cumulative 54 under par. The Albertsons Boise Open is just four weeks away.

Tonight’s the night—Boise State’s Emma Bates defends her NCAA Division I women’s 10,000-meters championship. The senior from Elk River, MN, will need a kick like she had last year when she takes the Hayward Field track shortly after 7:30 p.m. Bates won the 2014 race with a 67.73 on the final lap in what was the second-fastest race in meet history. The last back-to-back winner was Stanford’s Alicia Craig, who accomplished the feat in 2003 and 2004. Bates will also run the 5,000-meters along with BSU teammate Tessa Murray as the NCAA wraps up Sunday.

Also tonight, the Broncos’ Marisa Howard makes her second straight appearance at nationals in the 3,000-meter steeplechase. Howard won the Mountain West championship last month and was the runnerup in the NCAA meet a year ago. On the men’s side last night, Boise State’s David Elliott had the fastest time in the quarterfinals of the 1500-meters, nosing out a couple of hometown Oregon runners and advancing to the finals tomorrow. And the Broncos’ Jordin Andrade won his heat in the 400-meter hurdles semifinals and also qualified for tomorrow’s finals.

The first wave of 2015 Boise Hawks arrived yesterday, with the roster—as it always is—set to be in a state of flux early in the season. The highest draft picks in the initial group are infielders Kevin Padlo, a fifth-rounder, and Max George, both infielders from the 2014 draft who played at Grand Junction in the Pioneer League last summer. Padlo was particularly productive, batting .301 with eight home runs and 44 RBI. Meanwhile, the 2015 draft wrapped up yesterday, and among the nine players with Idaho ties who were selected was Northwest Nazarene pitcher Jake Reppert, who went in the 27th round to Philadelphia. Reppert, a 6-5 lefty, was 5-5 with a 4.86 ERA in his two years as a Crusader and tossed two complete-game shutouts this season as NNU earned its first postseason berth since 1992.

It doesn’t always work out this way, but it’s kayaking weather, baby. Time for North Fork Championship IV on the Payette River, beginning today with the Expert Division downriver sprint on a one-mile course through Class IV and V whitewater. The top 35 racers in this division will also qualify to race in the BoaterX tomorrow and with the Elite Division Sunday down the North Fork’s world famous Jacob’s Ladder.

This Day In Sports…brought to you by VETERANS PLUMBING…proud to serve!

June 11, 2010, five years ago today: Four days after putting an invitation to Boise State on hold due to a rapidly changing college sports landscape, Mountain West presidents vote unanimously to make BSU the conference’s 10th member, effective July 1, 2011. The MWC was holding out hope it could land Colorado first, but the Buffaloes had announced a move to the Pac-10 the day before. The Boise State invite was the culmination of a seven-year effort by university president Bob Kustra to get the Broncos into the Mountain West. In that time, the Boise State football team posted four undefeated regular seasons and won six WAC championships and two Fiesta Bowls. It was a landmark day for a school that had been in Division I-A for only 14 years. 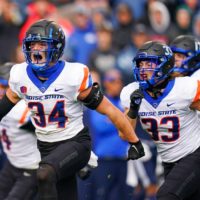 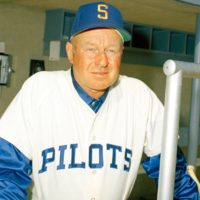 Chris Petersen was never going to do this forever 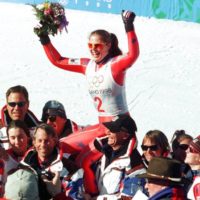