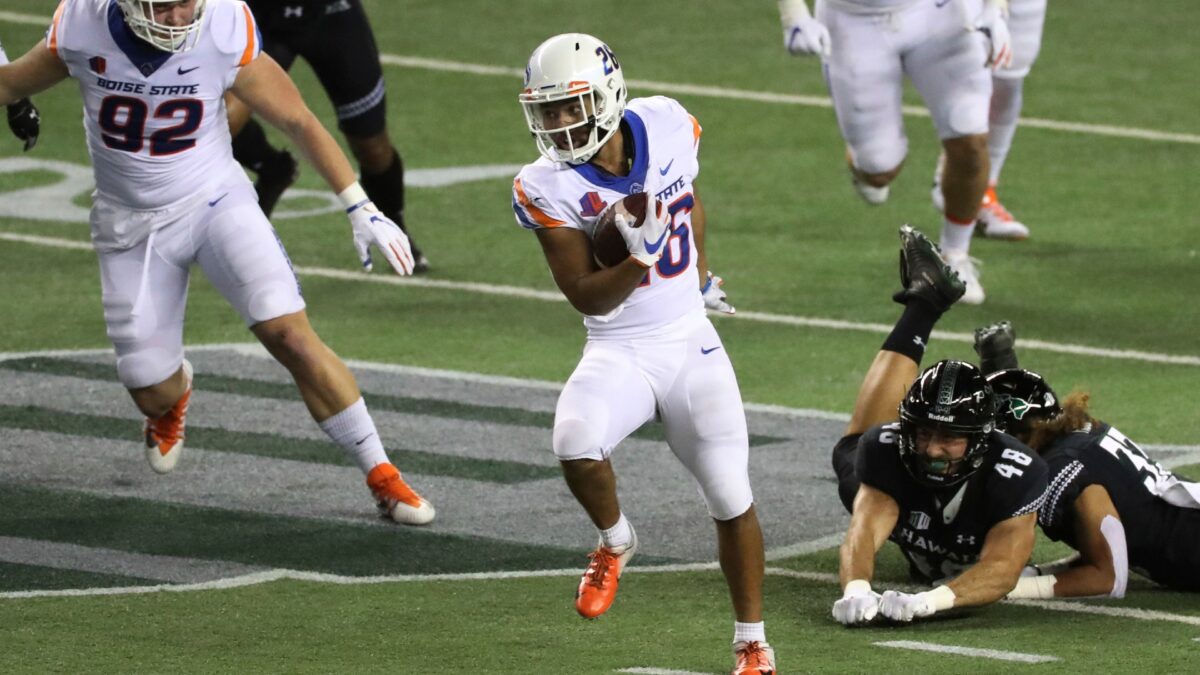 A week and a half from the NFL Draft, Avery Williams’ stock seems to be rising as a seventh round pick. The former Boise State star had a virtual visit with the Denver Broncos recently, according to The Draft Network’s Justin Melo. Because of his vast special teams skills that go beyond his record-breaking return game, Williams has become a trendy sleeper among draft pundits. Denver already has newly re-signed return specialist Diontae Spencer, but he’s slated to be a free agent next spring, when he’ll be 30 years old. We’re hearing a lot of Williams buzz out of fan sites of numerous NFL teams. Is it real?

There’s another angle that has Williams in the NFL conversation. It’s something a couple of sports psychologists have developed called the “Athletic Intelligent Quotient.” They say it evaluates “sports-specific intelligence.” I equate it with instinct. Andy Hanson of The33rdteam.com listed five players going into the draft who performed particularly well in the AIQ. At the top was Williams. Strengths include: “His visual spatial processing. His ability to see a play unfold in his mind’s eye. His ability to find the quickest route to his desired destination.” Despite his disadvantages as a position player, Hanson calls Williams a “tiny corner who has athleticism, intelligence, and attitude to last in the league.”

ABOUT THE PLAYOFFS & THE BRAND

Dennis Dodd of CBS Sports was a guest on Idaho SportsTalk yesterday. The subject was a possible college football super league, like the one in European soccer that is falling apart as we speak. But Dodd’s observations on the Group of 5 and Boise State were most interesting to me. He tried to inject some reality into the likelihood of an eight-team College Football Playoff field, pointing out that three of the four additional teams would be Power 5 entries. “The Group of 5 is at an extreme disadvantage playing those teams,” said Dodd.

He also addressed the Boise State brand as it stands in 2021. “I think they’ve done very well maintaining what Chris Petersen and those before him established,” Dodd said. “Now it’s up to Andy Avalos to continue it.” Sustainability would sure be helped by a win at UCF on Labor Day weekend. “There’s your playoff game right there—in the season opener,” Dodd said.

BRONCOS COMMIT ZEROES IN ON HOOPS

With about 1,500 players in the men’s basketball transfer portal, it’s refreshing to see a good ol’ high school commit. Boise State has one in 6-5 guard Kobe Young of Chiawana High in Pasco, WA. Young tweeted his verbal on Tuesday. You don’t see dual-sport athletes in the FBS anymore, but this is tempting. Young is also a three-star wide receiver. Since he’ll be arriving this summer, maybe he can make sure it’s in time for fall camp. (Of course, coach Leon Rice doesn’t want some kind of football injury wasting away a prize hoops recruit.) The key to Young’s future is not having his focus split between football and basketball. “He could surprise a lot of people once he fully commits to one sport,” said Gonzaga legend Dan Dickau early this past season. “Clearly a Division I player with a lot of upside.”

CSI: A FREQUENT FLYER TO HUTCHISON

College of Southern Idaho makes its debut today at the NJCAA Tournament as the No. 3 seed. The Golden Eagles, who received a first-round bye, will face Indian River State of Florida. CSI last won a national title in 2011, but the Golden Eagles are regular visitors in Hutchinson, KS. It’s one of the most successful junior college programs in the country, dating back to its founding by the legendary Eddie Sutton in 1966. Former Vallivue High star Amoro Lado, who has signed with Portland State, is the Golden Eagles’ second-leading scorer this season at 12.0 points per game and is shooting an eye-popping 49 percentv from three-point range. Weiser High grad Bridger Bumgarner is also on the roster.

April 21, 2012: Safeco Field in Seattle sees a perfect game pitched for the first time, but the Mariners are on the wrong end of it. Chicago White Sox hurler Philip Humber tossed the 21st perfect game in major league history in a 4-0 blanking of the M’s. It was only the second time a perfecto had ever been thrown in April. Humber threw only 96 pitches in recording his first career complete game. Really something for a guy the White Sox had claimed on waivers from Oakland just 15 months earlier. Humber’s career record was 16-23. 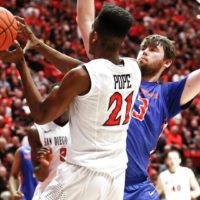 Idaho basketball: The arena is finally on the horizon