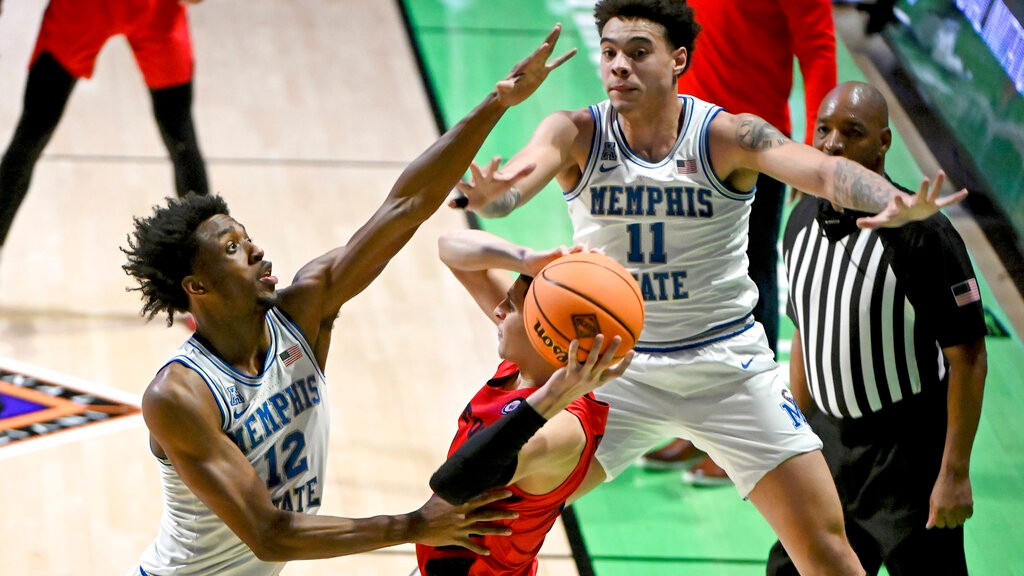 Boise State has drawn a tough assignment in the quarterfinals of the NIT. Memphis stopped Dayton Saturday 71-60 to advance versus the Broncos in the finals of the “Lower Left” bracket. So it’ll be Memphis and Boise State Thursday night at 7 p.m. on ESPN, with no NCAA Tournament games scheduled that night. The talented Tigers are glued to Penny Hardaway, coaching his alma mater for the third season after a 14-year NBA career that saw four All-Star nods. They’re one of the most successful men’s programs overall in college basketball history, finishing as NCAA runnerup in 1973 and 2008. Memphis is 17-8 this season and finished third in the American Athletic Conference. The Tigers are an early 4½-point favorite over the Broncos.

The teams have one common opponent: Houston. Boise State lost to the Cougars by 10 points in its season opener, and Memphis fell to Houston by three and two points in AAC play. That measures up okay. The Tigers are long and athletic. In terms of size, the Broncos compare favorably with them. Memphis has a 6-10 center (same as Mladen Armus), a 6-9 forward (same as Derrick Alston Jr.), a 6-7 guard (an inch shorter than Emmanuel Akot), a 6-5 guard (same as Devonaire Doutrive), and a 6-3 guard (an inch taller than Marcus Shaver Jr.). The difference? Two years ago, Hardaway and the Tigers had the No. 1-ranked recruiting class in the country. Don’t underestimate that little factoid.

After all the accolades that came the Mountain West’s way this basketball season, it ended with a resounding thud Friday as both of the conference’s NCAA Tournament entries were ushered out. San Diego State got a taste of its own medicine and was flummoxed by Syracuse’s defense, falling to the Orangemen 78-62. The Aztecs went the last 9½ minutes of the first half without scoring a point and trailing at one time in the second half by 27. Utah State was similarly stymied by Texas Tech. Despite leading by three points at halftime, ended up committing 22 turnovers and losing 65-53.

The Treasure Valley’s three on-court ties in the Big Dance were set down in the first round: former Borah High standout Ellis Magnuson with Eastern Washington, Rocky Mountain grad Kolby Lee with BYU and former NNU Nighthawk Adonis Arms with Winthrop. On the women’s side, Idaho State, which won the Big Sky championship in Boise 10 days ago, was a game opponent in the first round against Kentucky Sunday. The Bengals led by six after the first quarter but scored only 13 points in the second and third periods combined, falling behind 47-30. A 26-point outburst by ISU in the fourth was impressive, but it the gap was too much to overcome, as the Wildcats won it 71-63.

When coach Andy Avalos noted defensive end Dimitri Washington and wide receiver Khalil Shakir as the only guys sidelined at the outset of spring football, he forgot about somebody. Junior cornerback Markel Reed revealed in his media session Friday that he, too, is out for spring ball, saying he tore his labrum during his true freshman season and has played with it ever since. He was the first man off the bench in place of Avery Williams and Jalen Walker the past two seasons. Reed underwent shoulder surgery in January. The good news: we probably haven’t seen the real Markel Reed yet. That leaves Tyric LeBeauf and Chris Mitchell as the leading cornerbacks this spring, and they’ll be able to take advantage of extra reps while Reed is on the shelf. Bowling Green transfer Caleb Biggers won’t arrive until summer.

Ryan Finley’s third year in the NFL will begin in a new locale. Finley, the former Boise State quarterback who finished his career at North Carolina State, played the past two seasons with Cincinnati after being drafted by the Bengals in the fourth round in 2019. On Friday, just before Cincy was going to release Finley, the Houston Texans traded to get him. The Texans’ quarterback situation is unsettled, to say the least. DeShaun Watson may not be with them much longer, and they just picked up veteran Tyrod Taylor. Finley appeared in eight games with the Bengals and started four, completing less than 50 percent of his throws for 638 yards with three touchdowns and four interceptions.

A RARE DEFENSIVE STRUGGLE AT SIMPLOT

The Rocky Mountain College defense has come a long way in less than a year and a half. The Bears, who allowed 454 yards in a 42-0 thrashing in Billings, MT, in October, 2019, kept College of Idaho bottled up until Capital High grad Ryan Hibbs hit Nick Calzaretta on a 24-yard touchdown pass with 54 seconds left in the game, giving the Coyotes a 10-3 victory. After starting QB Jacob Holcomb went out with a knee injury in the third quarter, it became a battle of former Capital signal-callers, as Drew Korf was at the helm for Rocky. Korf almost answered Hibbs’ heroics in the final minute, but he was intercepted in the end zone by the Yotes’ Isaiah Abdul with five seconds remaining to end it.

March 22, 2009: One of the most bizarre endings of any of Boise’s NCAA Tournament games, as Missouri overcomes Marquette in the second round, 83-79. The game was tied 79-79 when Mizzou’s J.T. Tiller went down on a hard foul with 5½ seconds left. True freshman Kim English came on to make both free throws in place of the injured Tiller. Then the Golden Eagles’ Lazar Hayward stepped over the baseline on the ensuing inbounds play to give the ball back to the Tigers and seal the deal. The Taco Bell Arena crowd booed lustily when Tiller re-entered the game one second later.